Let’s imagine the following situation – a sales rep of a mid-sized company is in a meeting with a potential customer. During the negotiation process the salesperson checks in real-time prices and discounts on a product, which the customer is interested in, and prepares an offer at a very profitable price. After several days, the customer confirms the terms and the offer becomes an order – i.e. the prospect becomes a customer. From here, the other departments (Supply chain management) of the company are to continue the process by picking up the goods from the warehouse and delivering it to the customer, issue an invoice, and of course, take care of the payment. And the salesman, who closed the deal, can always check the status of the order while doing what he is the best in – to sell.

Such a scenario is very common in the business world. Many companies have a CRM system to support their sales process, and an ERP software that takes care of the after-sales processes. The two systems, however, are rarely integrated with each other, so people in both units have to make decisions without having enough information on their disposal about current prices and pricing policies, stock items, payment collection, etc. To make it all seamless, CRM and ERP need to be integrated.

How does the integration work?

The connector comes with a rich set of predefined mappings between CRM and ERP. These include the basic settings as units of measure, currencies and exchange rates as well as the main entities: items, contacts, customers, offers, orders, invoices and employees. There are also thorough instructions for the sequence of integration between them.

For each separate mapping, the connector periodically checks if new data is created and syncs it between the two systems. This period can be adjusted to seconds but due to delays that may occur on the network, it is recommended that it is not less than one minute. Of course, the verification period depends primarily on the entity and how often new data is getting into it. For example, addition of currencies or units is rarely done after the initial setup of the system, then mappings can be done once in every 24 hours. On the other hand, the creation of CRM orders and their processing within the ERP requires frequent use of the mapping, for example every 30 minutes. Mapping times are specific to each company and must be set individually according to business processes. There is no universal set-up formula, but minimum time allowed must be taken into account, as well as the capabilities of the network that connects the systems.

Microsoft Dynamics Connector also allows for the definition of individual filters, that way  can be put a limit on the data type that is synchronized between the two systems. For example, items that are used in production but not offered for sale, can only remain in the ERP system without being sent to CRM. The same is true in the opposite direction too.

Since data format may be different in both systems, the connector allows them to be converted to the appropriate format in the process of synchronization from one system to the other. For this purpose, many built-in functions can be used, including arithmetic operators, conditional constructs, text formatting, dates, conversion from one format to another, and many others.

Though mappings for the integration of the basic entities are standard, sometimes they may not be enough. That is why it is possible to create new camps.

Microsoft Dynamics Connector communicates with the ERP and CRM by the means of SOAP (Simple Object Access Protocol) and REST (Repre- sentative State Transfer) services provided by the systems. In order to create new mappings between new entities, you must first create services that give access to the new data. Once the services become available to the connector, all the capabilities of the mappings can be used, such as synchronization time, filtering, data transformation, and more. Microsoft Dynamics ERP and CRM allow the integration of a large number of entities, including custom created ones, which opens the possibility for integration of any information between them.

In conclusion, Microsoft Dynamics Connector can quickly and easily integrate standard entities between the two systems. The addition of mappings for new custom entities is also possible, and the realization depends on the complexity of these new entities and the integration needs. Like the rest of the Dynamics products, the connector provides a rich functionality that is relatively easy to implement, while providing more complex integration options with custom encyclopedia. In the end, everything depends on the needs of integration. 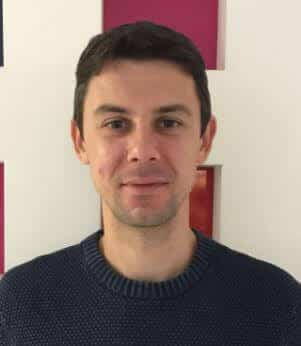 Teodor Goshev
Teodor Goshev has been working as an AX developer for 5 years. He is also working with .NET and SQL Server. His professional interests are in Microsoft Dynamics and the platform’s integration with other systems. Teo likes spending his spare time traveling, swimming and hiking in the mountains.

Receive our industry updates in your mailbox

Intelligent Systems, an international business consultancy company, is pleased to announce that it has been named LS Retail Gold Partner for 2021. This honor is limited to companies who displayed extra dedication...

Round-table discussion: what you need to consider before implementing or...

Many companies still hold back on the migration or implementation of a cloud ERP solution due to uncertainty, possible risks, or project...

We’re excited to share that as of today, April 1st 2021, the software-as-a-service (SaaS) version of Dynamics 365 Business Central...